Destroying man made religions and traditions and exposing the churches lies. Exposing Satan and his NWO 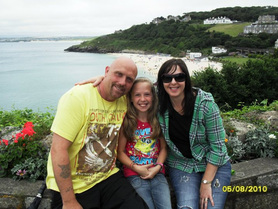 This section talks about the Churches admitting changing God's law and replacing it with there own Church law. They MUST repent of this massive pridefull attitude; to think they can do such blasthemous things and think they will escape judgement! People who attend mainstream Churches need to leave and get out. Because they have fallen and truth is no longer preached within there walls.

Below is the great list of Churches knowingly changing God's law 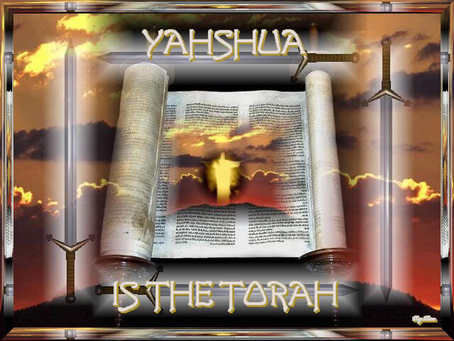 The Baptist, Methodist, Lutheran and other Churches Confess to Replacing the Commandments of G-d with the Traditions of Men.

Modern and Historic Statements about the Sabbath

The Way, the Truth, and the Life (you know who said this)

"Do not think that I came to abolish [destroy] the Law [Torah] or the Prophets; I did not come to abolish [destroy] but to fulfill. For truly I say to you, until heaven and earth pass away, not the smallest letter or stroke shall pass from the Law until all is accomplished." Yahushua HaMashiach ('Jesus'), Matthew 5:17-18, 29C.E.

"The current notion that Christ and His apostles authoritatively substituted the first day for the seventh, is absolutely without any authority in the New Testament." Dr. Layman Abbot, Christian Union, June 26, 1890

"To me it seems unaccountable that Jesus, during three years [of] discussion with His disciples, often conversing with them upon the Sabbath question, discussing it in some of its various aspects, freeing it from its false [Jewish traditional] glosses, never alluded to any transference of the day; also, that during the forty days of His resurrection life, no such thing was intimated. Nor, so far as we know, did the Spirit, which was given to bring to their remembrance all things whatsoever that He had said unto them, deal with this question. Nor yet did the inspired apostles, in preaching the gospel, founding churches, counseling and instructing those founded, discuss or approach the subject.

Of course I quite well know that Sunday did come into use in early Christian history as a religious day as we learn from the Christian Fathers and other sources. But what a pity that it comes branded with the mark of Paganism, and christened with the name of the sun-god, then adopted and sanctified by the Papal apostasy, and bequeathed as a sacred legacy to Protestantism." Dr. E. T. Hiscox, report of his sermon at the Baptist Minister's Convention, New York Examiner, November 16, 1893

"The Scriptures nowhere call the first day of the week the Sabbath. . .There is no Scriptural authority for so doing, nor of course, any Scriptural obligation." The Watchman

"There was never any formal or authoritative change from the Jewish seventh-day Sabbath to the Christian first-day observance." William Owen Carver, The Lord's Day in Our Day, p. 49

"There is nothing in Scripture that requires us to keep Sunday rather than Saturday as a holy day." Harold Lindsell, Christianity Today, November 5, 1976

"With the views of the law and the Sabbath we once held ... and which are still held by perhaps the great majority of the most earnest Christians, we confess that we could not answer Adventists. What is more, neither before nor since have I heard or read what would conclusively answer an Adventist in his Scriptural contention that the Seventh day is the Sabbath. It is not 'one day in seven' as some put it, but 'the seventh day according to the commandment.'" Words of Truth and Grace, p. 281

"It is well to remind the Presbyterians, Baptists, Methodists, and all other Christians, that the Bible does not support them anywhere in their observance of Sunday. Sunday is an institution of the Roman Catholic Church, and those who observe the day observe a commandment of the Catholic Church." Priest Brady, in an address reported in the Elizabeth, NJ News on March 18, 1903

"Protestants ... accept Sunday rather than Saturday as the day for public worship after the Catholic Church made the change... But the Protestant mind does not seem to realize that ... in observing Sunday, they are accepting the authority of the spokesman for the Church, the pope." Our Sunday Visitor, February 5, 1950

"Of course these two old quotations are exactly correct. The Catholic Church designated Sunday as the day for corporate worship and gets full credit — or blame — for the change." This Rock, The Magazine of Catholic Apologetics and Evangelization, p. 8, June 1997

"Must not a sensible Protestant doubt seriously, when he finds that even the Bible is not followed as a rule by his co-religionists? Surely, when he sees them baptize infants, abrogate the Jewish Sabbath, and observe Sunday for which there is no Scriptural authority; when he finds them neglect to wash one another's feet, which is expressly commanded, and eat blood and things strangled, which are expressly prohibited in Scripture. He must doubt, if he think at all. ... Should not the Protestant doubt when he finds that he himself holds tradition as a guide? Yes, if he would but reflect that he has nothing but Catholic tradition for keeping the Sunday holy." Controversial Catechism, Stephen Keenan, New Edition, revised by Rev. George Cormack, published in London by Burns & Oates, Limited - New York, Cincinnati, Chicago: Benzinger Brothers, 1896, pp. 6-7

"The Church, on the other hand, after changing the day of rest from the Jewish Sabbath, or seventh day of the week, to the first, made the Third [sic] Commandment refer to Sunday as the day to be kept holy as the Lord's Day. The Council of Trent condemns those who deny that the Ten Commandments are binding on Christians." The Catholic Encyclopedia, "Commandments of God", Volume IV, 1908, Robert Appleton Company

"The [Roman Catholic] Church changed the observance of the Sabbath to Sunday by right of the divine, infallible authority given to her by her founder, Jesus Christ. The Protestant, claiming the Bible to be the only guide of faith, has no warrant for observing Sunday. In this matter the Seventh-day Adventist is the only consistent Protestant." The Catholic Universe Bulletin, August 14, 1942, p. 4

"All of us believe many things in regard to religion that we do not find in the Bible. For example, nowhere in the Bible do we find that Christ or the Apostles ordered that the Sabbath be changed from Saturday to Sunday. We have the commandment of God given to Moses to keep holy the Sabbath Day that is the seventh day of the week, Saturday. Today most Christians keep Sunday because it has been revealed to us by the Church outside the Bible." The Catholic Virginian, "To Tell You The Truth," Vol. 22, No. 49 (Oct. 3, 1947)

"... you may read the Bible from Genesis to Revelation, and you will not find a single line authorizing the sanctification of Sunday. The Scriptures enforce the religious observance of Saturday, a day which we never sanctify." The Faith of Our Fathers, James Cardinal Gibbons, Archbishop of Baltimore, 88th edition, p. 89. Originally published in 1876

"Deny the authority of the Church and you have no adequate or reasonable explanation or justification for the substitution of Sunday for Saturday in the Third - Protestant Fourth - Commandment of God... The Church is above the Bible, and this transference of Sabbath observance is proof of that fact." Catholic Record, September 1, 1923

"Perhaps the boldest thing, the most revolutionary change the Church ever did, happened in the first century. The holy day, the Sabbath, was changed from Saturday to Sunday. 'The Day of the Lord' was chosen, not from any directions noted in the Scriptures, but from the Church's sense of its own power. The day of resurrection, the day of Pentecost, fifty days later, came on the first day of the week. So this would be the new Sabbath. People who think that the Scriptures should be the sole authority, should logically become Seventh Day Adventists, and keep Saturday holy." Sentinel, Saint Catherine Catholic Church, Algonac, Michigan, May 21, 1995

"If Protestants would follow the Bible, they would worship God on the Sabbath Day. In keeping the Sunday they are following a law of the Catholic Church." Albert Smith, Chancellor of the Archdiocese of Baltimore, replying for the Cardinal, in a letter dated February 10, 1920

"The observance of Sunday by the Protestants is homage they pay, in spite of themselves, to the authority of the [Catholic] Church." Monsignor Louis Segur, Plain Talk about the Protestantism of Today, p. 213

"I have repeatedly offered $1,000 to anyone who can prove to me from the Bible alone that I am bound to keep Sunday holy. There is no such law in the Bible. It is a law of the holy Catholic Church alone. The Bible says 'Remember the Sabbath day to keep it holy.' The Catholic Church says, 'No. By my divine power I abolish the Sabbath day and command you to keep holy the first day of the week.' And lo! The entire civilized world bows down in reverent obedience to the command of the Holy Catholic Church." Priest Thomas Enright, C.S.S.R., February 18, 1884, The American Sentinel, a New York Roman Catholic journal in June 1893, p. 173

Below is a link to a great website HOLIDAYS VERSES HOLY DAYS Check it out! 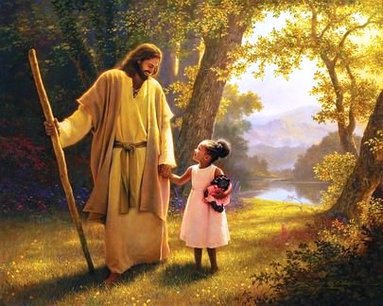 House Churches in Derbyshire and Nottingham. Online full gospel for truth seekers only. True end time church, You want the full truth then you have come to the right place.